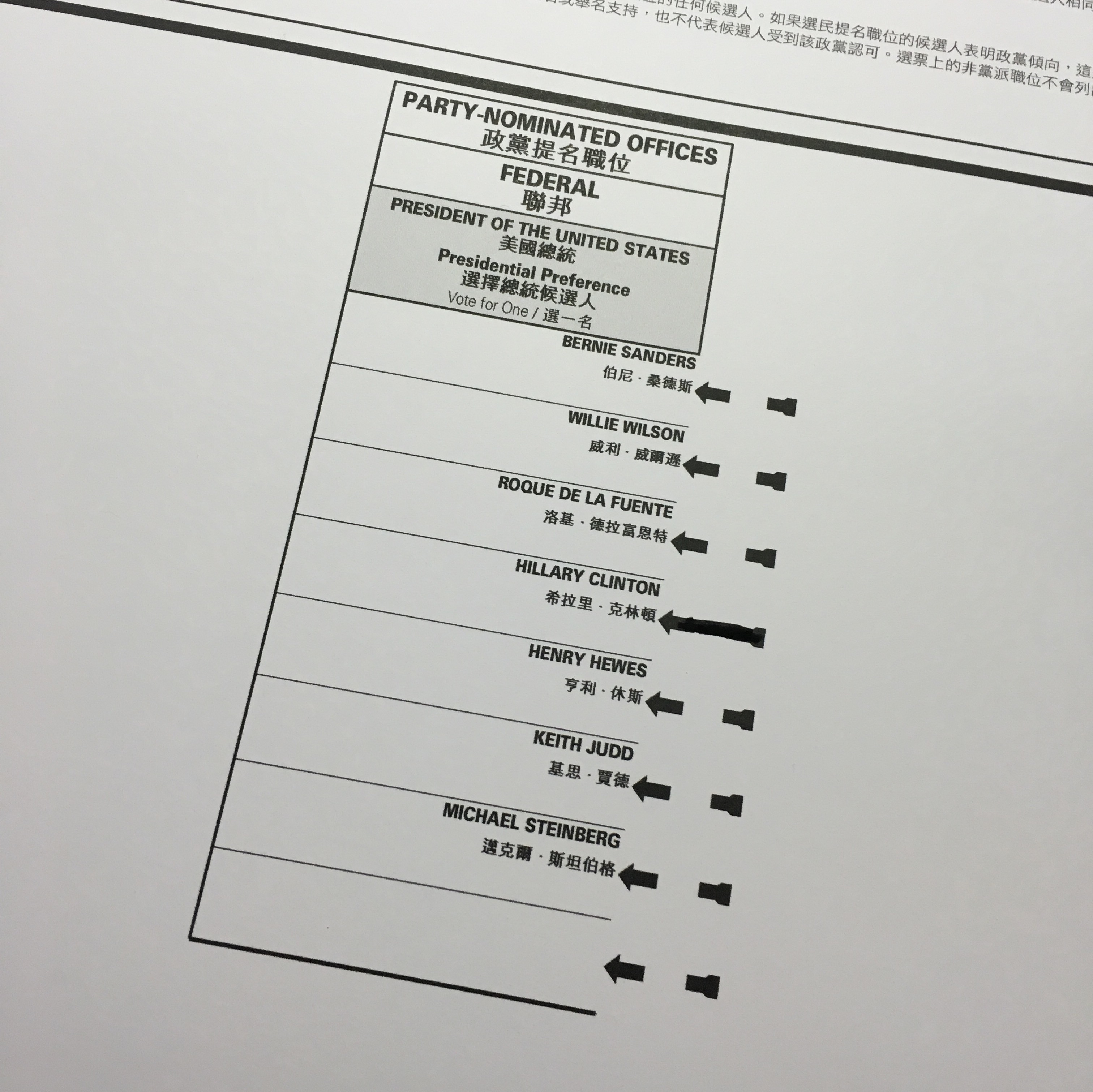 Today is the California Primary. Usually, a presidential nominating contest is long over by the time California votes. And, in most ways, it is already over this year, too. But both candidates are campaigning as if California matters, so I voted that way.

I’m very excited to have voted for Hillary Clinton. She’s running as an unashamed pragmatic liberal, which is how I identify myself. She’s very savvy about how to make government work. From all perspectives I can see, she’d be an effective leader and would take the country in good directions on climate change, healthcare, the economy, foreign policy, and social justice.

On the other hand, I find Bernie Sanders very appealing, too. My beliefs on economic policy and foreign intervention are probably closer to his than to Clinton’s. And, if we were looking at a Senate with 65 Democratic votes and a 55% majority Democratic Congress, I could see voting for Sanders. But his agenda seems impossible to advance with a closely held legislature, let alone the Republican majorities we have today, and I don’t see him being effective in those circumstances. To use a term that’s usually pejorative, I want to elect someone from “The Establishment” now.

Is Hillary perfect from my perspective? Of course not. I think she’s too hawkish on foreign policy, as epitomized by her vote for the Iraq war, which was my most significant policy reason for not supporting her in 2008. And I have grave reservations about electing the spouse of a former president – America should not have dynastic habits. But, Hillary Clinton is smart, well qualified, and hard working enough to justify her election.

And, finally, it is important to remember that electing a woman to the American Presidency would be historic. When America didn’t allow women the vote for more than a hundred years and more than fifty Presidential elections have gone by with no women nominated by either major party, even her nomination is an important accomplishment to recognize.